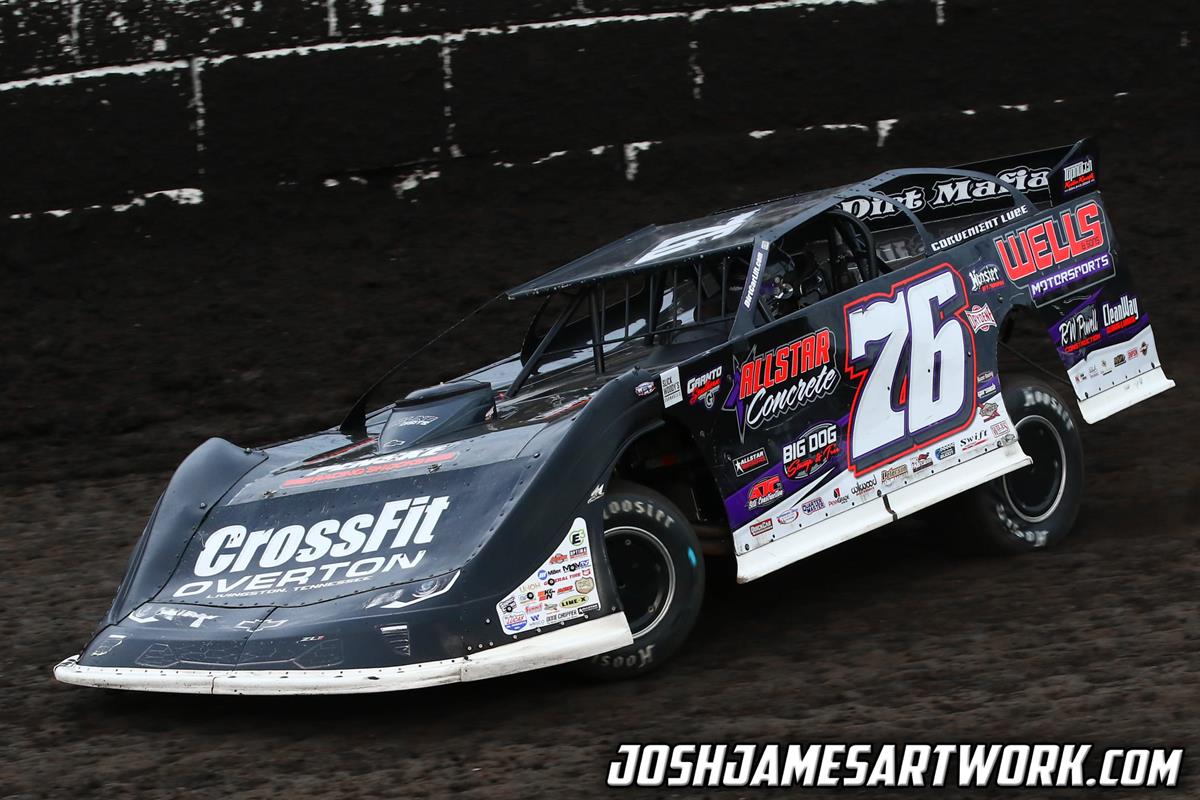 Wells Motorsports pilot Brandon Overton visited Davenport Speedway (Davenport, Iowa) on Tuesday afternoon to do battle with the MARS Racing Series for the Hoker 50. With a heat race victory placing him third on the starting grid for the $10,000-to-win A-Main, Overton slipped up early in the race but a late-charge in the waning laps saw him cross the line in a photo-finish with leader Hudson O’Neal. He followed 0.026 seconds behind O’Neal with Bobby Pierce, Brian Shirley, and Garrett Alberson rounding out the Top-5. (Josh James Artwork)

Picking back up on Friday, Brandon was one of 74 World of Outlaws Morton Buildings Late Model Series entries on hand at Fairbury Speedway (Fairbury, Ill.) for the 31st annual Prairie Dirt Classic weekend. With the field split into two separate groups for time trials, Overton’s 21st fastest qualifying effort lined him up 11th on the starting grid for the $3,000-to-win preliminary feature. Locking in the Top 4 into Saturday’s finale, Brandon posted a sixth-place finish.

Starting in third in his B-Main on Saturday, Overton secured his spot into the $50,000-to-win Prairie Dirt Classic with a runner-up finish. Rolling off 20th, Brandon marched through the field 11 spots in the 100-lapper to register a ninth-place finish.